The veteran news anchor, Brian Williams, started his career as a White House intern under President Jimmy Carter. Now, Brian is working for MSNBC as the chief anchor. In his career, he covered many top stories as well as got the attention of the people as he involved in controversies.

Brian has earned massive success in his life but has kept his personal life away from the limelight. Who is he married to? If you don’t know who his wife is, then let us help us. Brian is married to wife Jane Stoddard Williams. Let’s reveal everything about Brian’s wife. Also, have a look at the below facts.

Who is Jane Stoddard Williams?

Jane Stoddard Williams is popularly known as the wife of MSNBC news anchor Brian Williams. She is a private person and prefers to stay away from the limelight. She was born to Hudson Gillan Stoddard and Patricia Stoddard. Her father was a vice president of marketing for Channel 13 in New York. Her mother served as a director of administration in the executive office of the Champion International Corporation in Stanford, Connecticut. 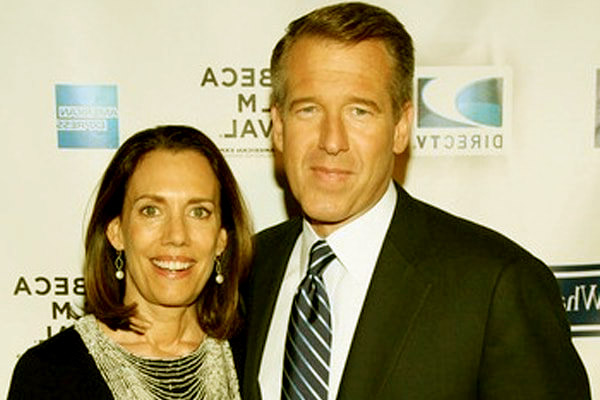 Caption: Jane Gillian Stoddard is the wife of Brian Williams

Also, the detail of her siblings and childhood are under review. Some relevant sources claimed that Jane was born in the early 1960s. She graduated from the New Cannan Country School. Then Jane Stoddard Williams went to Duke University. Jane earned a degree in Bachelor of Arts and majored in Political Science.

As you already know, Jane is the wife of journalist Brian Williams. Brian and Jane have been together for more than three decades.  According to Brian’s IMDB, the two wedded on June 7, 1986, at the First Presbyterian Church of New Canaan, Connecticut.

Stoddard and Williams said, “I do” in front of their family, relatives, and friends. Jane and Brian are one of the few couples who have been married for a long time. They have managed to keep things together for years and not just the cameras.

Jane is not a camera person like her husband and keeps his and their personal life away from the media and paparazzi. Jane and her husband live in New Canaan, Connecticut, with their kids.

How Many Children Do They Have?

Jane and Brain are parents of two children, a daughter, Allison, and a son named Doug. Their daughter, Allison, is an actress who is known for the 2017 horror film Get Out. Allison was born on April 13, 1988, and is 32 years old now. She earned a degree in English from Yale University in 2010. 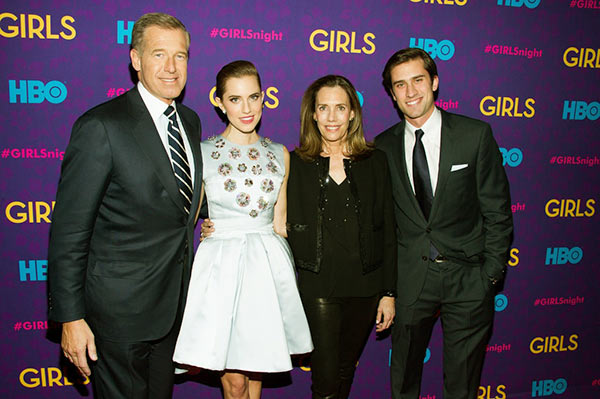 Caption: Jane with her husband and children at a party following the premiere of HBO’s series “Girls” third season in January 2014

Allison started her acting career in 2004, playing a minor role in the television series, America Dreams. The Get Out actress starred in numerous movies and series that include Girls, The Simpsons, Sesame Street, The Perfection, and many more. Allison was married to the co-founder of CollegeHumor, Ricky Van Veen, from 2015 to 2019.

Jane’s youngest child, Douglas Williams, was born in 1991. Jane’s son followed the footstep of his father and earned his name in the media industry. Doug is a sports broadcaster. He is the late-night anchor of Geico SportsNite on SportsNet New York. Despite being on television every day, Dough is not yet recognized on the street.

Doug graduated from Elon University in North Carolina and described himself as a ‘halfsies’ job at the YES Network. Jane’s son and husband have a particularly close relationship. Her son, Doug, calls Brian his best friend.

How Much is the Net Worth of Jane Stoddard?

Jane Gillian Stoddard is a freelance television producer. She is a former executive producer of Panorama, a public affairs program on WTTG-TV in Washington, where she was a news reporter. Not much is known about her profession. Therefore, it is hard to say that her exact salary as well as the net worth that she earned from her career.

Likewise, her husband is a former Congressional liaison aide for the National Association of Broadcasters in Washington. Currently, Brian hosts the bright wrap-up program, The 11thHour, with Brian Williams on MSNBC. Brian Douglas Williams has a surprising net worth of $40 million. 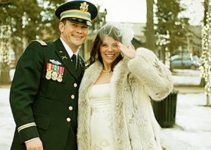 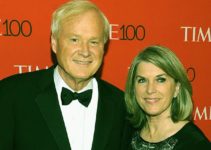 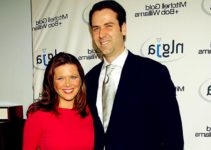